Borderland Sciences. The Ray of Discovery – Nikola Tesla from Borderland Sciences on Vimeo. Ray I: Nikola Tesla In ETHERIC PHYSICS we learn about the phenomenal discoveries which led to Tesla’s great life-work. Revealed here is his conception of the ether and its relationship with our own innermost lives. We are also informed about the pathological resistance by the House of Morgan to his discoveries. Insight into the opposition of Morgan, whose daughter fell deeply in love with Tesla, reveals the formidable forces opposing all discoverers in the field of etheric energy. ECHOES OF RADIANT SPACE recounts the way in which Tesla tapped into the vast etheric reservoirs of dynamic energies. We are told how Tesla’s large designs actually yielded far more energy than they took to run. We are, finally, driven into the astonishing revelation concerning Tesla’s involvement with what later was called psychotronics. Many of his claims are actually forerunners of a new technology — yet to be revealed. The Ray of Discovery – Dr. Royal R. Rife from Borderland Sciences on Vimeo. Ray II: Rife Raytube Therapy WAVES THAT CURE chronicles the work and life of Dr. Royal R. Rife, Californian pathologist and discoverer of the BX cancer virus. We follow the steps which led to his discovery of a powerful agent to selectively destroy any virus: The design and implementation of this tremendously powerful Universal Microscope is recounted; the only microscope capable of viewing viruses in the living state. The method and theory of resonant shattering is taught. This way of destroying a virus — while still in a patient’s body— is described in great detail. A total disclosure of his methods, designs, and success is made in these two half-hour episodes. The Ray of Discovery – Medical Radionics from Borderland Sciences on Vimeo. Ray III: Medical Radionics Three great scientists, deleted from the establishment’s history program, are chronicled in this trilogy. They are names you should remember, giants in complementary scientific lore — George Starr White, Albert Abrams, and Ruth Drown. THE DELICATE REFLEX tells the tale of Dr. George Starr-White, a truly gifted and original discoverer in the virtually unknown art of chromadiagnosis. His development of colorbeams (to elicit responses in the iris of the eye or the body muscles) marked the first recorded radionic diagnosis of disease. These diagnoses gave pin-point accurate results— in the 1880s! PULSES OF THE LIVING, deals with master radionics pioneer — Dr. Albert Abrams — and his remarkable methods for illustrating the etheric ‘huma n energy’ nature of health and disease. Unlike electricity, this ‘human energy’ could be stored in Leyden jars for up to 24 hours. These strange energies could be conducted, refracted, and tuned. His instrument, the Oscilloclast, is also described. GATEWAY OF THE FUTURE describes the life and work of Dr. Ruth Drown. Dramatically, this wonderful woman’ s researches and the utter suppression of her work are defined for the viewer. Learn how Dr. Drown developed her radionic tuning instruments. Discover her famed atlas of rates, her method of treating patients with their own energies, and her mystifying ‘radiovision’ cameras — devices capable of photographing internal organs and tissue — even from a great distance.]]> 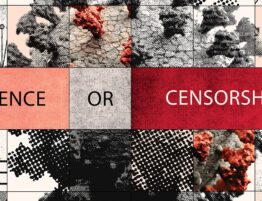 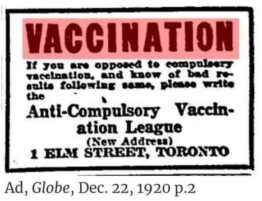